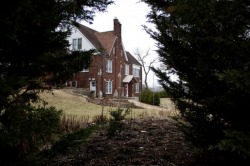 My photographic educational career started out with me working in portraiture.  I soon moved into self-portraiture.  These portraits were dramatic displays of how my depression feels.  One of my images was cropped in a ratio that was similar to widescreen format.  I have always possessed a love of cinema.  Artists that influenced me to head in this direction were Joel Sternfeld and Gregory Crewdson.

I am interested in the idea that I am producing something that is static (a photograph) to represent moving art (movies).  The imagery represented in my images is based on stories I have read in the news, magazines, etc.  I also draw inspiration from images I picture in my head.  I am constantly searching out the perfect location to take my photographs.
Like Crewdson, I am staging the events in my photographs in many images.  I am very interested in lighting and the presentation of the space.  Nearing the end of the semester, I am using movie genres to help direct my work.  I have included drama, romance, musical and more in this project.  I read research on cinema and watch movies for more inspiration.
With last semester’s projects, I was referencing many issues.  Abandonment, loneliness, suicide, and adultery were just some of the subjects.  I chose to use eerie lighting in several of them.  Overall, I was growing and defining this body of work with every attempt.
Creating work for this semester was more difficult than ever.  I feel that student feedback really helps me through my process.  I attempted to create a short film at the commencement of the semester.  I also worked with moody landscapes in my widescreen aspect ratio.
I then started to recreate my own versions of motion picture situations.  This led me to return to normal aspect ration.  The series features images from Donnie Darko, Frenzy, Alice in Wonderland, Valley of the Dolls, The Birds, Rear Window and others.  I used myself as the characters in the movies mostly.  I followed up this series by recontextualizing these images in my widescreen aspect ration.  This gives the pieces a completely different feeling.
I also had the inspiration to represent a character that I had been visualizing in my head.  This character is a hard-working man that comes home to find his house awry due to the other household members.  He feels trapped and lost.
In many of my earlier photos I was influenced by the idea that people do not experience things in real life (they experience them through movies and television).

artist statement for the "studies in phrenology and physiognomy" series 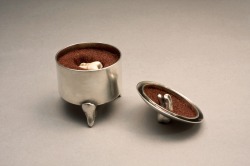 This set of photographs are in preparation of a book to be made in the future.  They are portraits, done in a style similar to Richard Avedon, taken against a white background.  I find that this takes the person being photographed out of a distracting environment.  The viewer is able to focus on only the person.  Secondly, a photograph of a wisdom tooth will accompany each portrait.  These show all of the physical traits of each tooth.